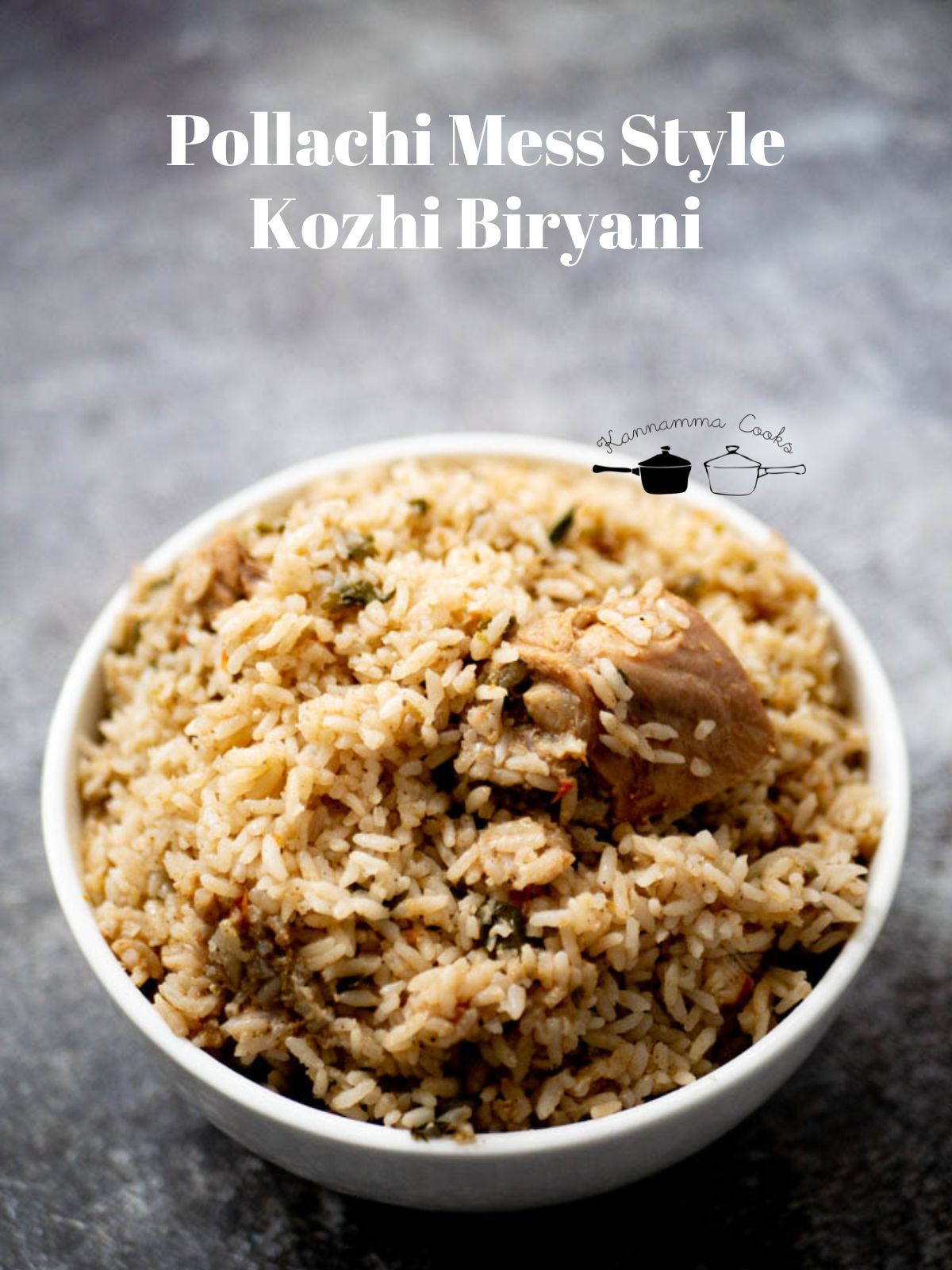 Here is another interesting recipe for chicken biryani that is packed with flavors. This recipe comes from Hamsaveni Akka who used to run a mess in Pollachi and this recipe is her specialty. This recipe came by in gram measurements only and I have not changed it. So you will need a weighing scale to make this biryani. (PS – I do not have cup measurements – Sorry!!! ) The meat and rice are used in a 1:1 ratio in this recipe. Also, to mimic the cooking on the coal embers, I have done the final part of the “dum” in an OTG oven. I have found that finishing the “dum” part in the oven cooks the rice evenly and the rice stays separate and the texture comes out great.

The spice/heat part of the biryani comes only from the green chillies. Other than that, masala powders like red chilli powder, coriander powder, etc… are not used in this recipe. The flavor and aroma of green chillies dominate in this recipe. Having said that, it is not a very spicy biryani.

Tip for dum in an OTG oven:
Once the meat is cooked and the liquid (water, coconut milk, etc….) is added, it’s important that the liquid comes to a rolling boil. Once it’s boiling add the rice and let it come to a boil again. Once it boils, remove from heat and then place the pot (covered with a tight lid) in the oven and bake for 20 minutes at 200°C. I usually preheat the oven to 200°C for 10 minutes.

Rice
Seeraga Samba rice is used for making this biryani. It is a short-grained rice that’s very popular in Tamilnadu, Kerala and parts of Karnataka. It is a preferred variety of rice for making biryani, pulav etc… in the region. The rice acts like a sponge and soaks up the flavors from the masala well.

Prep Work
There is a wet biriyani masala and a dry biriyani masala powder that needs to be prepped before starting to make the biryani.
A paste of shallots, garlic, ginger, and green chillies is ground to a coarse paste and used in the recipe.
Spices are ground to a powder and it will be the dry masala. No need to dry roast the spices. 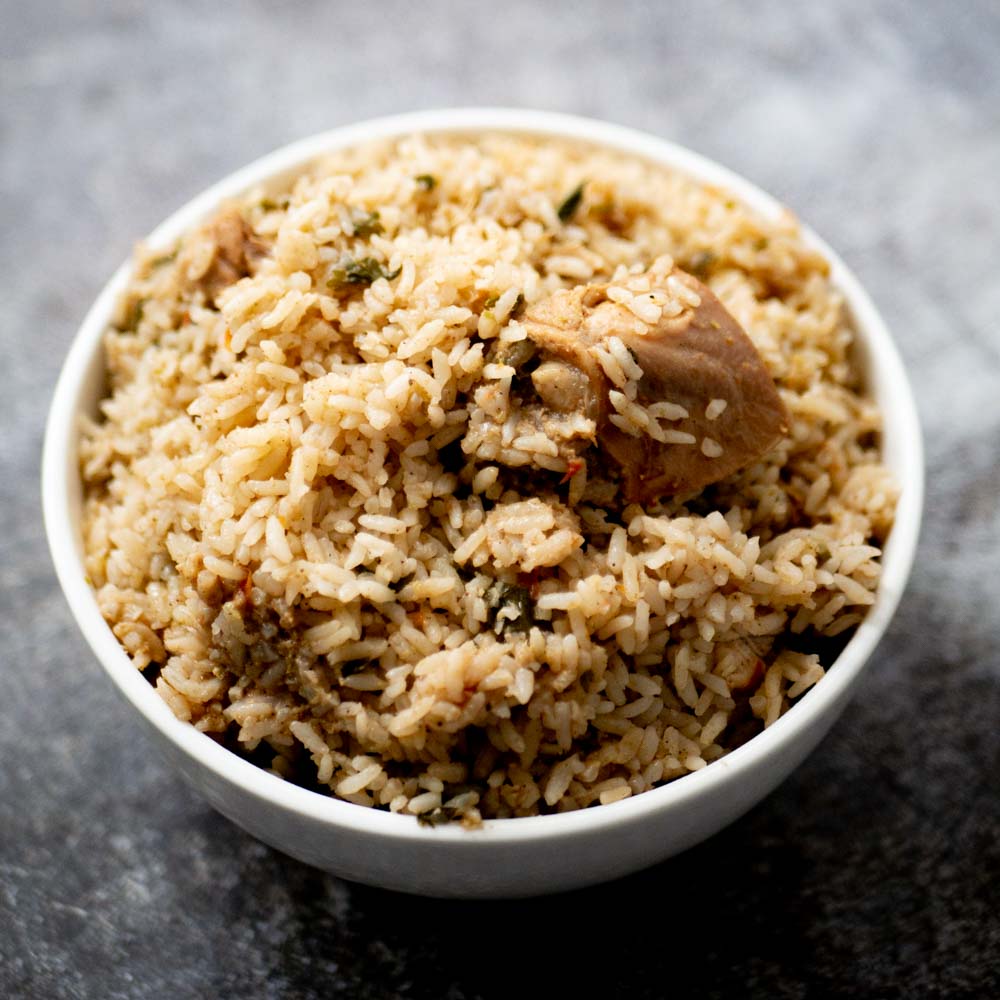 Wash and soak the rice just before starting to cook. Let it soak for 30-45 minutes.

Grind all the ingredients listed under “Wet Masala Paste” to a coarse paste. Adjust the green chillies according to your taste. Note: the shallots, garlic and ginger have been weighed after peeling them.

Take a heavy-bottomed pan and add the peanut oil and the ghee. Vegetable oil can also be used in place of peanut oil.
Add the sliced onions and saute the onions on a medium flame till golden.

Add the wet masala paste to the pan and saute for 4-5 minutes on medium flame. The oil should separate from the masala and should be very aromatic.

At this stage, add the dry masala powder and saute for a couple of minutes.

Grind the tomatoes in a mixie to a coarse paste/puree and add to the pan. Cook for a minute.