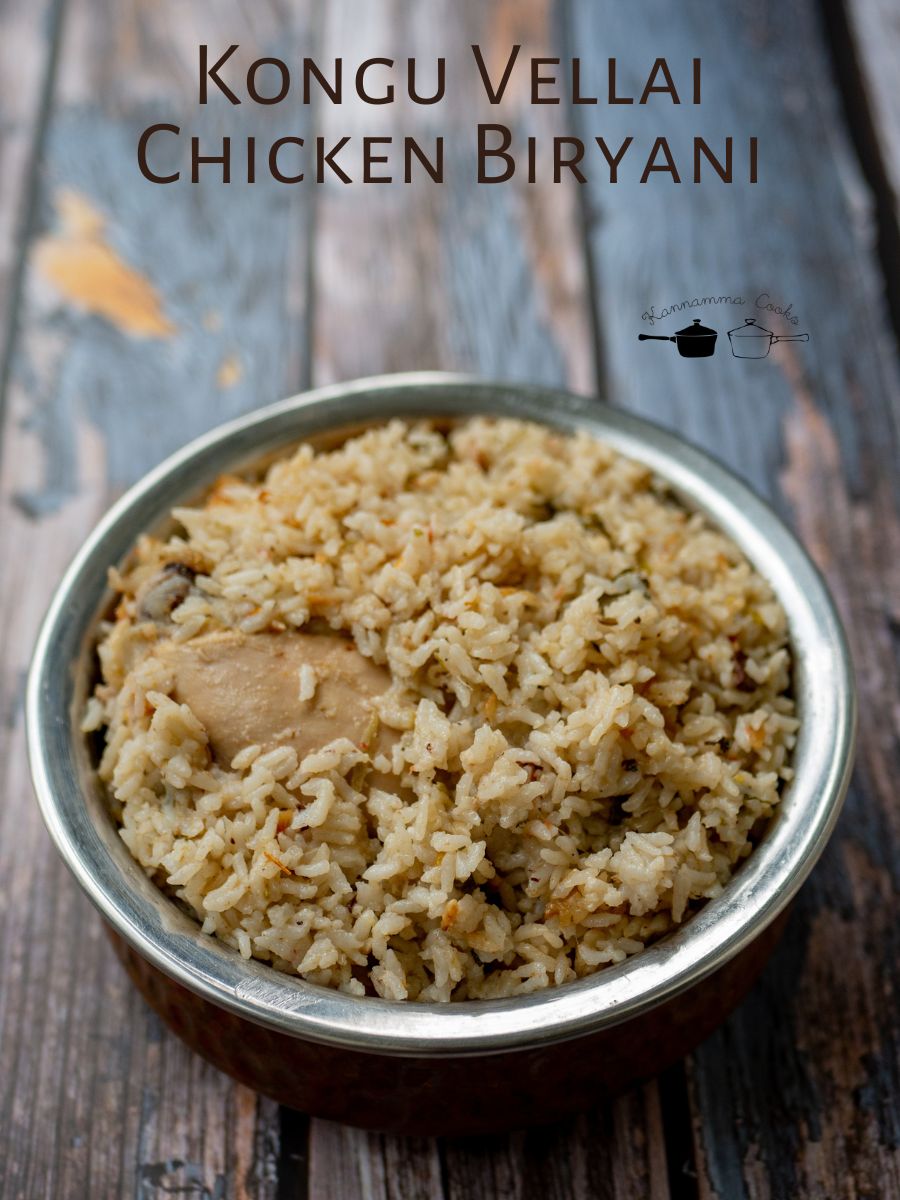 Kongunadu vellai biryani is a very subtle biryani with the predominant aroma of ground spices and green chillies. Green chillies are ground to a paste and added for the heat. Green chillies are also added whole so the flavour gets in the rice sans the heat.
Coconut milk makes the biryani luscious and rich in every mouthful. The fragrant short-grained seeraga samba rice is the preferred rice for making this recipe.

Here is the video of how to make Vellai Biryani 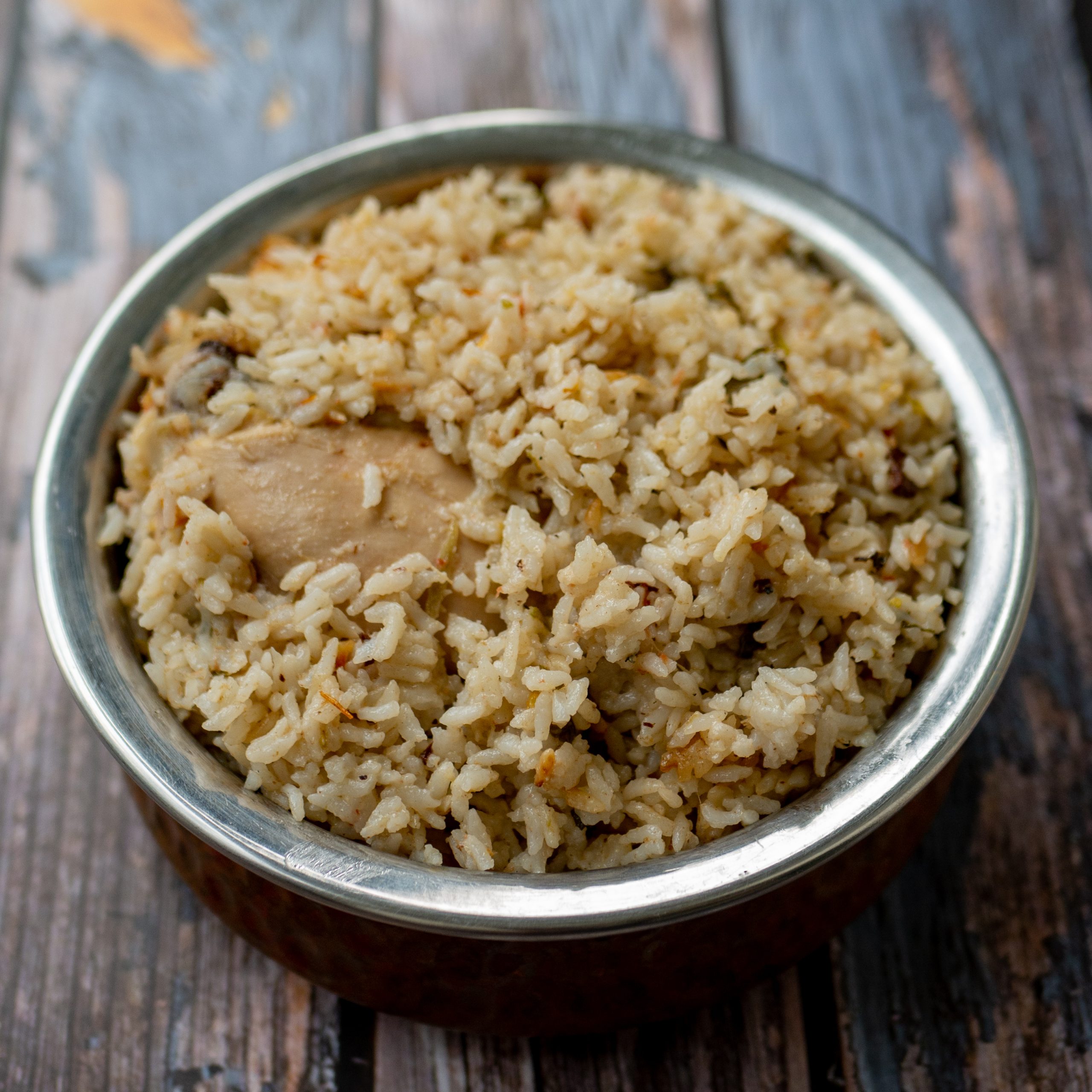 For the biryani masala paste